Bitoku sighed with relief as the outer wall of Konoha came into view. It had been a long journey; days of walking, camping, and more walking to get here. Thankfully it was uneventful. The last thing he needed to worry about was some random bandit attack messing his day up when all he needed to do was pick up a simple package.

Konoha was a welcome sight. He hadn't been here since his Chunin exam to pick up those herbs, when he first developed his fascination with the other villages and the politics and the culture. Based on his mission packet, this wasn't exactly a super urgent mission; there wasn't a huge need to get back to Kumo ASAP, though he couldn't exactly just dawdle around Konoha for the next week. But he wanted to be sure to spend more time than he did previously to really see the town, meet some of the people, and hopefully make some connections in the village before he had to return home.

The huge green gates of the village were pulled shut. He could see from this short distance that several Leaf Shinobi were patrolling the walls, some just out in front and some atop the high walls that wrap around the village. Bitoku threw on his brightest, friendliest smile, and called out to anyone who could hear him.

"Hello, there! I'm on a mission from Kumogakure, I'm supposed to pick up something from the Hokage's office! May I come in?"
Top

Niku was out doing her Sekkoutai duties of patrolling the area. It wasn't her favorite job, as it rarely involved the use of her sword ... or any action at all, but it did allow her to make use of her Skitter Step techniques as well as giving her an opportunity to utilize her Sensor techniques. She wondered if today would be the day, she'd been briefed on the likelihood of a Kumo chuunin arriving. Of course, with travel, the arrival time was hard to determine as things like bandit attacks could easily slow a traveler down. Likewise, injuries and lack of proper rest could hinder a person's travel speed. Nonetheless, she was hopeful that he would arrive today.

In truth, Niku hadn't been a chuunin too long and hadn't been involved in too many out-of-village endeavors. She had gone to the Fur Country event awhile back, so she'd at least seen some Kumogakure shinobi, but she'd never actually interacted with one before. She was quite excited to meet the one who was supposed to arrive, though she didn't know why he was coming. As she effortlessly moved through the forest that she'd grown so comfortable in, she heard movement nearby. Her job was to ensure no one danger was approaching the village, so she quickly moved towards the sounds. There were oftentimes that Konoha shinobi were coming or going, not to mention the merchants and villagers that came and went so rather than burst out of the trees with her sword at the ready; Niku got into a position where she could watch the person who was moving towards the gate. It was obvious that the perpetrator wasn't trying to hide himself, and, she noted, that he was alone. She doubted there was any need to fear this person.

As he approached the gate, Niku realized that this was the shinobi she'd been excited about. She stepped out of the trees, waving to the gate guards, just after he'd requested entrance. "Don't worry, I'll take him," she called to them. The gates slowly opened as Niku turned towards the man from Kumo. Now that she was standing a foot from him, she was surprised by how young he appeared. His height, while still a bit taller than the kunoichi, only perpetuated Niku's belief that he was as young as she was... if not more so.

"Welcome to Konoha, I'll escort you into the village. Please don't take this personally; it's just protocol." Niku said, standing up a bit straighter than usual. For some reason, she found herself wanting to seem older, more important than she actually was. Her eyes slid over the chuunin in front of her. He's hella cute, I may have to rethink my thing for older guys... she mused to herself before continuing her introduction. "I'm Inken Nikuya, though most everyone calls me Niku." The girl didn't move to enter, though she didn't seem to having anything else to say. Her tone had also seemed as if she were waiting for some sort of introduction before continuing into the village.

Shit, what if he's too young for me?! 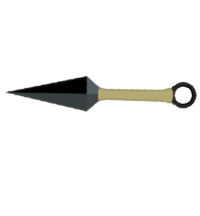 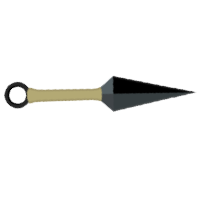 "Thanks so much, Niku! I'm Bitoku," he greeted back. He smiled down at her - it wasn't common for Bitoku to meet someone shorter than him at his age, so she caught his attention immediately. She seemed really sweet, but Bitoku noted it was a little odd to have to be escorted through the village. Konoha was a MASSIVE village, but it was hard to miss the giant red building under the mountain with all the faces on it. But even though Konoha and Kumo weren't enemies, they weren't exactly allies either. It was a perfectly neutral relationship, so the more Bitoku thought about it, the less weird it seemed to have an escort.

The pair made their way into the village. He kept his head on a swivel, all his senses on high alert; not for danger, but simple fascination. Foods he was dying to try wafted past his nose. He heard rushed footsteps as a group of what must have been academy students ran across a nearby rooftop. Even the fashion in this village was so incredibly different from back home, and he loved taking in every second of it.

He stuck out like a sore thumb; the Kumo headband wasn't a common sight in the Leaf, he supposed, and it earned him a few unusual glances as he passed by a row of shops down a long street towards the Hokage's residence. Even the architecture here was so different than what he was used to; the buildings were wooden with very few exceptions, no doubt made from the trees of the forest that give this village its namesake. There was something so...homey about it. Not in a patronizing way, it was just a village where Bitoku could tell people were happy. Evidence of Konoha's prosperity was all around him in the smiling faces of the families, the kids, and so on.

The Shinobi in Konoha were plentiful to say the least. Time and time again, Bitoku noticed men and women in green vests and Konoha headbands. Most all of them at least took notice of Bitoku, but after recognizing that he was being escorted by Niku, they smiled and waved. Which Bitoku naturally returned, along with a huge smile.

"Everyone here is so friendly," Bitoku noted, turning his attention back to Niku. "I'm going to stick around for a day or two. The errand I'm on isn't an urgent one, and I want to stay and see the town. Is there an inn nearby I could check into?"
Top
REPLY
TOOLS
3 posts • Page 1 of 1