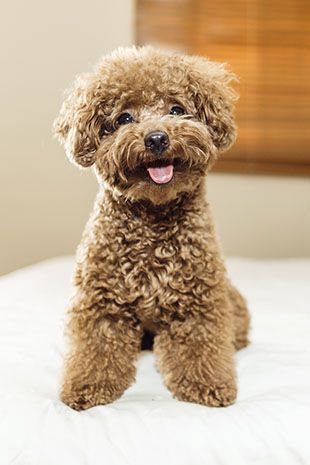 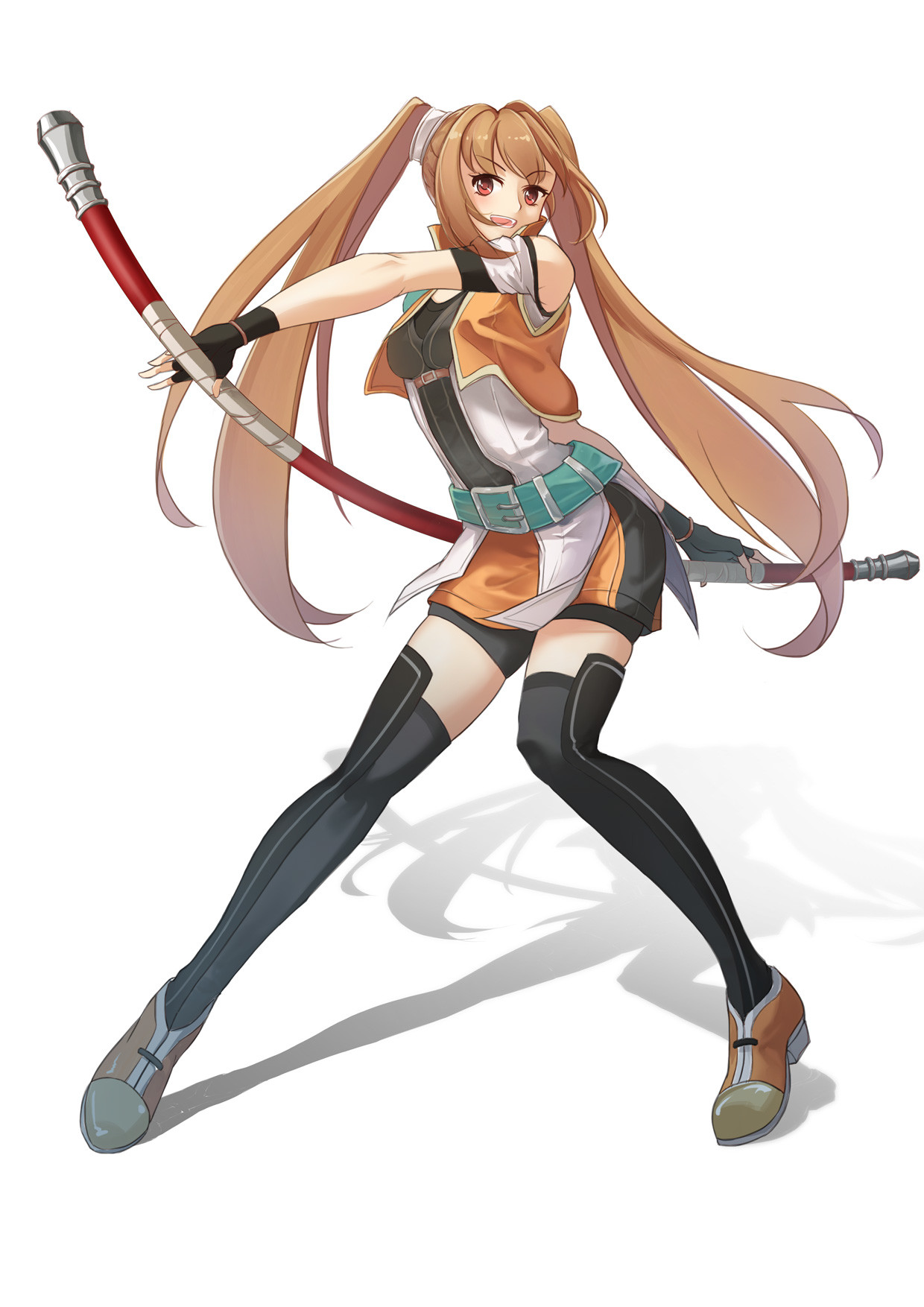 General Information Type: Henchman
Gender: Female
Age: 16
Appearance: Personality: Battle Information Rank: A
Stats Equipment: Chizi - A red staff made of ironwood that measures six feet in length. There are metal tips at each end and bandages wrapped along the weapon's length. The staff is incredibly sturdy, being able to withstand attacks of 40.
Elemental Affinities: Fuuton Concentrations and Styles Jutsu
KushouShow
* Kushou・The Viper Flicks its Tongue
D-Ranked Taijutsu Maneuver
This simple technique involves thrusting quickly with the user’s long weapon from a distance before quickly pulling back their polearm to prevent counters. This techniques most useful aspect is that it can be used while in motion without affecting speed or momentum.

* Kushou・The Courtier Taps his Fan
D-Ranked Taijutsu Maneuver
This simple technique involves proper use of the pole of the user’s weapon to deflect blows. By properly angling and manoeuvring their spear or staff they can deflect other like weapons, hand to hand blows or even sword blows by striking the right place at the right time, even while in motion.

* Kushou・The Swallow Takes Flight
D-Ranked Taijutsu Maneuver
The user will vault themselves into the air using their polearm and then unleash a powerful blow from above. This technique is used to disorient and surprise foes as well as overpower them as it strikes with all of the user’s body weight and momentum from the spin they perform in the air in order to strike with the spear that was touching the ground moments before.

Kushou・Winds of Fate
D-Ranked Taijutsu Discipline
Mak has mastered the ability to spin her staff around her body constantly even whilst remaining in motion. In doing so, she is able to deflect projectiles with less strength than her own and make unpredictable movements of her staff.

Kushou・Ambidexterity
D-Rank Taijutsu Discipline
After practicing for a long amount of time with the concept of using both of their hands with equal skill, the user has developed a level of ambidexterity that allows them to utilize both hands equally and as effectively without any penalty. This extends to other methods of combat or simple everyday life as well.

* Kushou・Bundling Straw
C-Ranked Taijutsu Discipline
This technique is a kind of mental preparation for the constant movement and spinning involved in the Kushou style. This enables the user to gather snippets of vision, sounds and tactile sensory information in order to be properly aware of the battlefield around them whether standing still or in rapid circular motion. The user is effectively aware of their surroundings within 25m of their person, able to recognize when attacks are coming and the body positions of opponents.

* Kushou・Unfolding the Fan
C-Ranked Taijutsu Discipline
While rare for a practitioner of Kushou-ryu to be on the defensive, this technique is designed to facilitate effective defence against other close ranged opponents. The user of this technique is constantly aware of distancing between the opponent and themselves, and therefore will aim all of their strikes to prevent the opponent from closing the gap using their long weapon. This will make it extremely difficult for those with less skill than them to get close to the user safely without somehow neutralizing the user’s weapon.

* Kushou・The Swallow Rides the Wind
C-Ranked Taijutsu Maneuver
Prerequisite: * Kushou・The Swallow Takes Flight
The user of this technique must first launch themselves high into the air as if with The Swallow Takes Flight. They will then begin to spin and unleash a flurry of blows from above. The user is capable of performing up to three strikes in the air, each of them prolonging the user’s airtime. The Swallow Rides the Wind is useful as it maintains the advantageous high ground and all of the forward momentum toward the opponent throughout all of its blows, giving the user an effective +6 Strength and -6 Control for the three blows.

Kushou・Gone with the Wind
C-Ranked Taijutsu Discipline
Prerequisite: Kushou・Winds of Fate
When attacking with a swiping attack, using her staff's rotational energy, Mak has mastered the ability of using the natural recoil from the original attack to propel the staff to rotate in the opposite direction. In this way, Mak can attack and almost immediately get her staff spinning once again, thus allowing her to chain swiping attacks from different directions much more efficiently than one would otherwise.

Kushou・Viper Tail Strike
C-Ranked Taijutsu Maneuver
Mak will thrust at her opponent as usual, aiming for the face or center mass, but rather than following up with a traditional thrust, she will aim at the opponent’s feet. Almost within the same motion as the second, downward thrust, Mak will begin to spin her staff, aiming to sweep the target who’s just attempted to dodge the thrust at their feet.

Kushou・Bends but doesn't Break
S-Ranked Taijutsu Maneuver
Prerequisite: * Kushou・The Swallow Rides the Wind
Gathering a high amount of rotational energy, Mak's staff will bend under the pressure. As a result, this slight malformation will cause the weapon to strike with more strength than the user possesses as the staff attempts to regain its originally straight form. During this non-thrusting attack, the strike will hit with Mak's strength +15, but lower her control by 15.

Kushou・Grown Wings
S-Ranked Taijutsu Discipline
Prerequisite: [Acrobatics]
Mak has grown so comfortable and acclimated to the use of her staff that she is able to utilize it in a manner similar to a fifth appendage. She can use her staff to "jump" off of ground or walls, providing more lift or a change in direction. Utilizing her body, she can also muster all her strength when attacking, despite the lack of leverage. These things can be done while moving at full Speed, jumping, rolling, or sliding on the ground.This Discipline represents the Mak's ability to utilize her staff in ways many professional users wouldn't even consider.

* Kushou・Ougi: Gae Bolg
S-Ranked Taijutsu Maneuver
Prerequisite: 35 Speed, Must be Learned from the Holy City of Towers
The user will begin by thrusting at an opponent. If the blow is blocked or evaded, the user is able to perform this maneuver. The practitioner pulls back their spear at an incredible speed and strikes again. Those without a Perception Technique equal to or greater the user’s speed will be unable to detect the second blow and will see an afterimage of the first strike remaining in the place where it had struck before. If the opponent does not have a Perception technique, they will be able to strike a third time in the same manner.
History A young girl was born as the youngest child of a well to do family; her father was one of the top exporters of the Holy City of Tower's crops. For this reason, he was well respected within the community of the Holy City. His wife, as a mother, was the family's highest societal figure and led the family while he managed their business. This girl's brother, nearly 3 years older than her, was trained in the ways of the spear from a very early age. This girl always hung around while her brother was training. What they believed was just an annoying little sister who wouldn't leave her brother's side turned out to be a martial arts genius' first taste of the arts. She begged and pleaded to be included in the training and to have her own spear, but her mother wouldn't allow it. Despite not letting the girl participate or even hold a spear, she was able to pick up techniques just by observing. This was evident by the way she handled a broom whenever she managed to find one. The girl began practicing alone, having stolen the family's broom and wielding it like a spear.

At the age 12, this girl was taken to the Greatest Tower and reviewed by the Eternal Mother. Despite her knack for the martial arts, the Eternal Mother decided to allow the girl to join the Daughters of the Cloth, the Holy City of Towers' religious priesthood. The young girl was separated from her family indefinitely and underwent much extreme training. Their goal was to turn the girl into a person who cared for all others equally; this meant having no strong ties to others, no friends, no family. For many, the training was quite effective, but it seemed to have a negative effect on this girl's psyche. While it did cause the girl to see all people evenly as far as compassion goes, it seemingly removed her ability to feel compassion for others altogether. The years of mental 'training' had the effect of turning the girl into someone that was no longer suitable to be a Daughter of the Cloth.

The problem the Daughters of the Cloth had was that they worried the now teenage girl would be dangerous if they allowed her to rejoin the population. They summoned the girl to the basement of the Greatest Tower where three of the Sons of Iron awaited. There they attacked the girl, using their weapons against the unarmed Daughter of the Cloth. Realizing that this was not just a matter of training, the girl began to fight back, eventually disarming one of her attackers and taking his spear for herself. Now armed, the girl surprised her attackers with their own style, Kushou-Ryu Soujutsu, attacking them in return. In the melee that ensued, her spear's tip broke off, but she still managed to slaughter all three men mercilessly.

Now the girl is on the run from the Eternal Mother and her Daughters of the Cloth and her Sons of Iron. This is the birth of the girl who'd become known as Imuka Makumi and where her adventure begins... Username: Servant
Owner: Sadame Juusha
Stat Trainings: (0/25)
My Thread
Inken Nikuya - Konoha jounin - Vanguard - [color=#e34234]
Sadame Juusha - Holy City of Towers - S rank - [color=#2888BD]
Imuka Makumi - Holy City of Towers - A rank - [color=#Fc0fc0]
Top Kushou・Bends but doesn't Break
S-Ranked Taijutsu Maneuver
Prerequisite: * Kushou・The Swallow Rides the Wind
Gathering a high amount of rotational energy, Mak's staff will bend under the pressure. As a result, this slight malformation will cause the weapon to strike with more strength than the user possesses as the staff attempts to regain its originally straight form. During this non-thrusting attack, the strike will hit with Mak's strength +15, but lower her control by 15.

I'm not sure why this would lower control.

Now that you mention it, me either.

55 Points of Jutsu
That staff might be like 50 points though??? Which would put the companion over the 100 limit.

So your staff will need to be priced at 45 or lower.

@Staff for the pricing please.

I may be reading this wrong, but that staff should only cost about 45 points, since it's just an S(40) toughness, which is essentially treated as having an S(40) jutsu.

- S-rank+ Weapon Jutsu have a higher base price compared to usual the price for S-rank+ Jutsu: S(40) = 15 Points base (from AR8 page).
- Weapon jutsu cost three times as much as regular jutsu price: x3 Multiplier