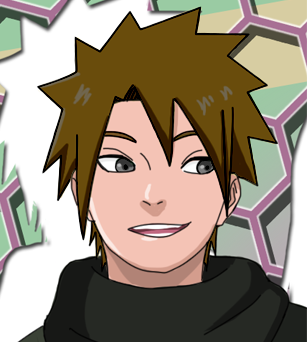 Personality: Noeru is an interesting character. He is always calm and collected. But in social situations he becomes very quick with words, funny, and pleasant at the same time. He finds it easy to blend in and make friends with other people. Battle Information Village: Konohagakure
Rank: Genin
Equipment:
Companions: (0/1)
Primary Affinity:

Abilities and Concentrations Jutsu
NinjutsuShow
MokutonShow
D RankShow
Mokuton [Wood Release]: Half-Dome
D-Rank Ninjutsu
Description: The user performs a short string of handseals while gathering their Mokuton chakra in the ground before them. Upon completion a wooden dome erupts from the ground, as if it were trying to form a shell. However it stops half way and protects only the front of the user, allowing him easy escape. The dome is wide enough to protect up to 3 people. The dome raises at a speed equal to the users [Control], and is able to withstand damage of anything up to and including the users [Control].

Mokuton [Wood Release]: Deaths Grip
D-Rank Ninjutsu
Description: The user performs a string of handseals and upon completion will concentrate on their target. Then, roots will erupt from the ground, wrapping around the target to the point that they cannot move. The victim will require [Strength] higher than the users [Control] + Mokuton passive to break free of the bindings. This technique is named this way because it is able to absorb the victims chakra; D-Rank amount of chakra per turn, and it then uses this chakra to maintain itself. This technique can be multicast to capture multiple targets.

Mokuton [Wood Release]: Crown of Thorns
D-Rank Ninjutsu
Description: The user performs a string of handseals, and gathers chakra in the ground beneath. Upon completion the jutsu is cast and the result is a ring of hawthorns growing to the height of the users ankles. The user is then able to control the shrub, causing it to move in any desire direction at a speed equal to [Control], the strength of the jutsu is based on [Control], and governs the amount of damage that the jutsu can deal and how much strength is required to cut through the branches. The jutsu remains active for as long as the user remains in the ring, and requires more chakra to be added every [Control] / 5 posts.

Mokuton [Wood Release]: Creation
D-Rank Ninjutsu
Description: The user is able to create any object out of wood. The amount of chakra used is based on the object being created. But the general rule of thumb is that D-rank amount of chakra will create 10 Kunai, 10 Shuriken, and 20 Senbon. Any object that is created and the participants want to keep it after the thread, has to be priced by a member of staff and has to be paid by the character keeping the object.
TaijutsuShow
Place Taijutsu in here
GenjutsuShow
Place Genjutsu in here

History
Historical AccountsShow
Noeru was born to a respected serving shinobi of the Senju clan. His mother was not a member of the clan, and as a result Noeru was treated as a bit of an outcast due to his hair not falling into the usual colour donned by the clan. Black and brown were the norm, blonde did not go down so well. He struggled to make friends with other children his age that were from his clan, and so he spent most of his days playing with children he met at the academy. The knowledge of his clan was therefor minimal. He did not know what they specialised in and had to figure everything out on his own. Thanks to this he quickly learnt the importance of perseverance and learning from his mistakes.

He graduated the academy as one of the best in his year and has since been placing alot of time and effort into improving his skills in order to be acknowledged by his clan members. Something bugged him about his own family spending a lot of effort and time trying ignoring someone they lived next door to.
Username: Include a link to your profile.
Ryo: 28/28
Prestige Perks: [Inheritance: 309] 1/1
Stat Trainings: (0/75)
Last edited by Dot on Sun Jun 20, 2021 2:26 pm, edited 10 times in total.
KonohagakureShow
Senju, Noeru
#CD853F
Top

one senju user to another I wanted to remind you that being a senju clan member counts as an ability and the wood release goes under abilities and not concs, not taking up a slot.

You have a broken bold tag somewhere in your jutsu.

Your inheritance has been accepted so you can include the
[Inheritance: ###] perk, as well as your initial 10% of ryo.

All sorted, and yes thats correct. I have written a break down of by ryo/stats/jutsu in the second post
KonohagakureShow
Senju, Noeru
#CD853F
Top

Most seems fine, however currently the rules on clan physical requirements have not changed and you will need brown hair. Least until these rules change. Also, I think the image is a little to close to the mark on the popular media rule and it just seems to be Naruro in different attire.
CharactersShow
The White Eyed Demon of the Leaf
Aizawa, Yoru
S-Rank - Bannin
Konohagakure - ANBU Shiazu, Ico
D-Rank - Genin
Kirigakure Aono, Ikuto
A-Rank - Ronin
Land of Tea
Top

This guy doesn't have brown hair and he passed. And I don't see how that is too close? The only thing that is somewhat similar is the hair color.
KonohagakureShow
Senju, Noeru
#CD853F
Top

But he did, which means outliers are do happen, but if 'darkening with age' is going to fly I can do it for you

. The pic I have after this has brown hair, he just looks a little too old to use for a 14 year old

Lets have a look at naruto:
SpoilerShow

As you can see the hair color is different. IMg im using has a pale yellow, whereas narutos is fairly vibrant. Narutos eyes are blue, char im using has green eyes, and they're more rounded. Jaw line, once again, more rounded, and don't forget the lack of the whisker things. The style, i don't even know what you're talking about here.
KonohagakureShow
Senju, Noeru
#CD853F
Top

As I said, he shouldn't of got approved either. The current ruling is brown hair for Senju and the image has blonde hair and is clearly Naruto.

Those are the rules, as an apprentice you need to make yourself familiar with the rules and need to have a clearer understanding. They must be followed.

I'll let the image pass since it could be argued its an OC who's linework is based off of Naruto. Its pushing the envelope but I don't care enough about the popular media rule to push this one. 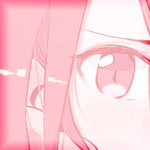