Username: Yura
Points: 322/481
Prestige Perks: 2/2 Connections, Accountant Enkouten, Mitsuo General Information Age: 21
Gender: Male
Height: 6'0"
Weight: 200lbs
Physical Features: Clothing/Accessories: Mitsuo's upper body consists of a loose-fitting hooded long jacket that ends at his mid-thigh. The jacket is a dark gray color adorned with a vibrant orange pattern and trim with the Enkouten clan symbol on the back. The sleeves of the jacket are commonly rolled up to the elbow. Under the jacket he wears a simple burnt orange fitted tank top and a small metal pendant in the shape of his clan symbol that he forged himself at a young age. His clan Brand Band, crimson in color, is tied around his upper left arm under the jacket. His lower body consists of comfortable light gray pants and light brown shoes with his weapon pouches attached to his belt.
Picture: N/A
Personality:
Extroverted in nature, Mitsuo is openly friendly and outgoing making him easily approachable even by those who do not know him. Like many of his fellow clan members, Mitsuo considers himself to be fairly progressive, often accepting the traits of those others may consider odd and he is fiercely loyal and protective of those he considers his friends.

Unlike many of his fellow shinobi peers, Mitsuo does not aspire to be Tsuchikage nor does he aspire to be remembered as one of the strongest shinobi in Iwagakure. Instead, Mitsuo desires to become a shinobi that is well regarded within his clan for both his combat strength and his strong moral character. As such, he fears being rejected by his clan and avoids any action that may bring dishonor to him or his family.

Mitsuo also has an avid passion for metalwork. Mitsuo was exposed to the art of metalworking at young age, having joined his father in the smithy as a child. Having learned the basics by the time he entered the academy, the artistic nature of the process appealed to Mitsuo and before long he was creating small metal trinkets to be sold by the clan. Now, as a shinobi, Mitsuo will often return to the smithy in his free time or when he needs to think as he finds the now familiar process mentally relaxing.

In combat, Mitsuo can best be described as being 'tactfully aggressive'. He will often times use his elemental ninjutsu techniques to manipulate the battlefield to his advantage before engaging in close-courter combat utilizing his taijutsu techniques. By manipulating the battlefield first, he is able to restrict his opponent's movement options, especially when using Youton, allowing him to then overwhelm them using his taijutsu. Battle Information Village: Iwagakure
Rank: Bannin
Stats: (33/50) Equipment: 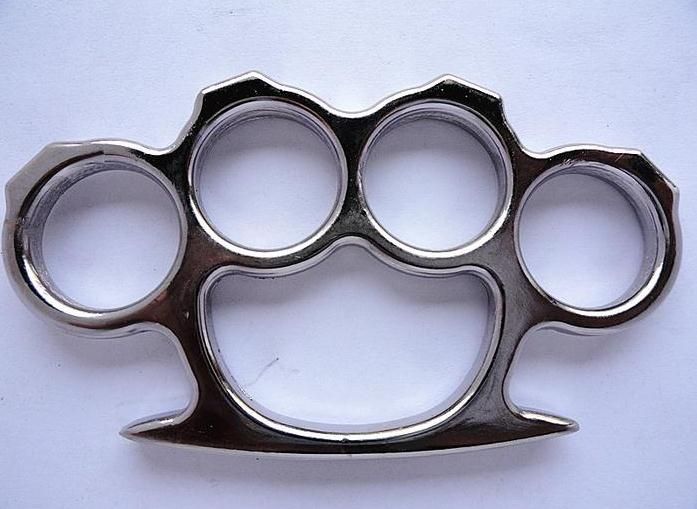 Companions: (0/1)
Affinity: Youton Abilities and Concentrations Historical Accounts Born into the Enkouten clan, his father a clan blacksmith and his mother a nurse in the clan clinic, Mitsuo's early life was disciplined yet loving. He was taught early on about the importance of self discipline and respect, especially within the confines of his clan. At an early age, Mitsuo began accompanying his father to the smithy where he was taught the basics of metalwork. Taking an avid interest in the art, Mitsuo quickly developed into an adept forger for his age and by the time he entered the Iwagakure academy, he was capable of forging and shaping various metal trinkets that his family would sell to both Iwagakure citizens and other clan members.

When he was not at the smithy with his father, other members of the clan were teaching him how to be self-sustaining, whether it be learning to cook from his grandparents, learning the basics of medicine from his mother, foraging for resources with his cousins, or joining the occasional boar hunt with his father and his uncles. Over time, Mitsuo became a capable hunter and gatherer, but he never had any talent for cooking.

At the age of 8, Mitsuo entered the Iwagakure shinobi academy as required by his clan. While he showed little talent for genjutsu and only average talent with ninjutsu, Mitsuo found that he was quite capable in areas of taijutsu. As an Enkouten, his above average size and musculature (even at young age) gave him an edge against his training opponents. Deciding to hone his taijutsu skills, Mitsuo quickly became one of the best hand to hand fighters in his class which offset his rather disappointing skills in genjutsu. Eventually, at the age of 13, Mitsuo graduated from the academy as a Genin of Iwagakure. Unlike some of the other members of his clan, Mitsuo decided to continue down the path of the shinobi rather than return to a 'normal' job within his clan compound. While his choice worried his mother, his father respected his decision and told him that he would always have a place at the smithy should he decide that the shinobi life wasn't for him.

As a genin, Mitsuo was eventually paired up with one of his former classmates from the academy, a young girl from named Shiori, with both of them placed under the guidance of one of the village Jounin. Together, the squad of three embarked on several missions together with each one becoming more difficult than the last. During this time, Mitsuo found that he and Shiori's fighting styles worked well together as his manipulation of the battlefield using youton followed by close courter combat was nicely complimented by her versitile ranged attacks.
After several years of training and completing missions together, Mitsuo's and Shiori's jounin teacher designated them as candidates for promotion to the rank of chuunin. While they were both nervous about the prospect of the test, they felt confident that together they could take on the challenge. On the day of the test, Mitsuo and Shiori faced off against their chuunin opponent and, while the fight was not easy, together they managed to hold their own against their opponent before finally subduing him. Satisfied with the pair's ability to work together, they both moved on to the interview portion of the test where they mental capability was assessed by the panel of judges. After an hours long interview, both Mitsuo and Shiori emerged as a Chuunin of hidden rock village.

As newly minted chuunin, at the age of 16, Mitsuo and Shiori went their separate ways as teammates with Shiori being recruited into the recon and intelligence divisions. Excited about his new rank, Mitsuo teamed up with his old friend Akari, Tatsuo and began taking completing missions. Along the way, Mitsuo met Akari, Kotaru, a young Akari genin, when the boy entered his family shop looking for a necklace. Though the boy was originally cold and distant towards Mitsuo, he eventually warmed to the Enkouten's charm and joined Mitsuo and Tatsuo on their missions thereafter.

After several missions together, including helping the monks of the Iron Shrine, going on a treasure hunt, and exploring the depths of the recently discovered Catacombs in Iwagakure, Mitsuo was promoted to the rank of Special Jounin along with his teammates. Soon after obtaining his promotion, Mitsuo found himself on the brink of an inter-clan incident when he infiltrated the arena fights of the Akari compound in an attempt to watch and support his two Akari teammates as they fought for their lives. While not an Akari himself, Mitsuo disguised himself so as to look the part, and observed, for the first time, what the Akari clan was truly like. It was vicious and bloody, with the crowd so bloodthirsty that Mitsuo could feel their murderous intent even though none of it was aimed at him. Unbeknownst to him, he had been seated next to one of the clan elders the entire time, though it wasn't until afterwards that he was informed of this. When the crowd suddenly began to rush the field at the conclusion of Kota's victory, Mitsuo found himself rushing to the aid of his friends and their family before fighting their way to safety. After all was said and done, Mitsuo felt that he had obtained a secret insight into the clan of his teammates, one that outsiders weren't supposed to experience.

As a trio, Mitsuo and his team completed several missions within the depths of the Catacombs, though none of them particularly enjoyed it. Though they had only just been promoted to the rank of Special Jounin, their work during these and other missions quickly earned them a promotion to the rank of Jounin.

Once more diving into the depths of Catacombs with his team, Mitsuo and his friends found themselves fighting for their lives against a monolithic Leviathan worm which had been released from the spirit realm. The fight pushed all of them to their limits and further beyond. Tatsuo was swallowed by the Leviathan and almost crushed within its stomach, Mitsuo exhausted his supply of chakra to buy Kota time to retreat before Tatsuo cut himself free, piercing its heart and tearing his way out of its chest.

After slaying the Leviathan worm, the team was found and rescued by a colony of spirits also unleashed from the mysterious, ancient fuuinjutsu lining the deep recesses of the Catacombs. A spirit formed of lava and obsidian was their guide within the small colony village and explained what it knew surrounding the Leviathan, the fuuinjutsu, and its own colony before helping the trio back to the FOB at the beginning of the Catacombs where they were taken to actual hospitals within Iwagakure no Sato for medical treatment. Shortly after, due to this and many other missions, Mitsuo and his team were promoted to the Rank of Bannin.
Top