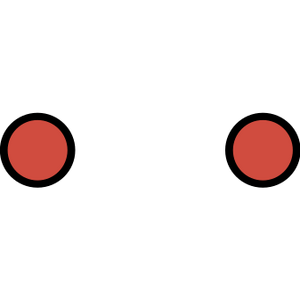 Type: Clan
Village: Kirigakure no Sato
Size: Small 5 - 10 “families”
Traits: Kaguya all have white hair, something indicative of their disorder. Additionally, a byproduct of the treatment for their disorder are two permanent red bruises on their forehead
Traditions: The Kaguya clan are not actually genetically related. Unlike most clans, the Kaguya are actually made up of people from anyone in Kirigakure. They all share a congenital disease that causes the body to ossify over the course of the year after birth. There is no known medical treatment for the disease, and plagues newborns around the world. The disease occurs spontaneously in-utero, it is not genetically passed on, meaning it can occur in any child. The Kaguya clan developed a secret chakra based treatment for the disease which has not been able to be replicated since. The treatment results in their pseudo-kekkei genkai, explained later on.

More importantly, however, is that the Kaguya refuse to use the treatment freely. The parents of any child born with the disease are approached by the clan leaders when word reaches them. Two options are presented, either: a) the parents forfeit the baby to the clan, allowing the infant to be treated but completely detaching them from their parentage and inducting them into the Kaguya clan, or b) the Kaguya will standby and allow the baby’s body to slowly and painfully turn to bone until they die. They offer this only to the residents of Kirigakure, and have never treated anyone outside the village.

The process causes the child to be sterile, completely removing the Kaguya’s ability to reproduce, practically requiring this process for their survival as a people. As such, it is not uncommon for clan members to simply kidnap children of parents who refuse treatment. The treatment leaves two large scars on the clan members forehead for their entire lives, which the clan covers with paint, two red circles outlined with black. You’ll never see a Kaguya without their traditional markings on. Kaguya teach nothing but brutality and strength. Typically abusive households, the Kaguya raise spartan like children that have few fears. Those who are not resilient enough, or show to be too timid are often killed growing up. Alongside their academy graduation, as becoming a shinobi is mandatory, Kaguya children are expected to perform their first kill. Oftentimes the village would offer forward someone sentenced to death, but if none are available, the child will be expected to pick a target. The ceremonial killing is watched by the entire clan, and symbolizes the child’s passing from a child, to a warrior.
Influence: Belonging to the Kawazaiwa family, the Kaguya act as the warriors of the Family. As such, almost all the military based decisions voted on by the Kawazaiwa are ran through the Kaguya clan heads first. Additionally, within the family all executions and punishments are determined ,and given, by the Kaguya. Because all Kaguya are sterile, they are the only clan in Kirigakure that is permitted to have relationships outside of their clan, though few Kaguya pursue romantic relationships and tend to focus more on practical relationships. History
Before they joined Kirigakure, the Kaguya clan were wanderers. They wandered around the world, finding children born with their defect and abducting them from their families, incorporating them into their clan. Eventually, they were sought out by the Sandaime Mizukage, and a young man who claimed to be the head of a Kawazaiwa Family. The three brokered an arrangement between the village and the clan, the clan would move into Kirigakure, and they’d be offered protection for their lifestyle for the village.

The Kaguya joined the village, had a compound built, and were incorporated into the academy to begin creating bonafide shinobi. Since, they’ve proven to be extremely adept warriors, arguably the best in the village. They kept their noses out of most political notions, and held themselves as part of the village. Shinobi Information


Quote:
Death Bone Pulse A byproduct of the treatment for a congenital disorder, Death Bone Pulse is a Kaguya’s ability to control the ossification of their bodies to rapidly replace, grow, or produce bone from their bodies. This process is able to be consciously controlled as if it was a muscle. This allows the Kaguya to not only turn any part of their bodies into bone, but to grow new bones, or additional bones, or simply fashion things out of bone. This skill is actually a natural process that can be consciously controlled, making it a form of taijutsu, meaning all Kaguya techniques utilize the users Speed and Strength.

~Death Bone Pulse • Lockpick
E-Ranked Taijutsu
The user will place their finger against a lock, ossifying the tip of their fingers, and then forcing it forward into the lock. The produced bone will fill into the lock, producing a key that can then be used to open the lock, or saved for the future. The bone is brittle, and will break rather easily if under too much pressure.

~Death Bone Pulse • Bone Claw
D-Ranked Taijutsu
The user will grow 3 claws from between their knuckles on one of their hands, allowing them to attack and scratch with them.

~Death Bone Pulse • Proximal Phalanx Bone Senbon
D-Ranked Taijutsu
The user will ossify the tip of their fingers, then make a throwing motion. Causing the ossification to fly off of their hands as if thrown.

~Death Bone Pulse • Heel Spike
D-Ranked Taijutsu
The clan member will cause their heel to ossify and extend in the form of a pointed, but not bladed, spike roughly four inches in length.

~Death Bone Pulse • Bone Kunai
D-Ranked Taijutsu
The user focuses any part of their body, causing it to ossify on the surface and create a kunai made out of bone that can be broken off the body and used as a weapon.

~Death Bone Pulse • Hand Knife Edge
D-Ranked Taijutsu
The user’s hand will ossify and create a straight blade of bone that extends just past the fingertips, resting on the back of their hand.

~Death Bone Pulse • Dead Bone Shackles
C-Ranked Taijutsu
The user is able to form a layer of bone on their palm then make a throwing motion, launching it through the air. This bone will attempt to wrap around the target's wrists, keeping them close to each other and restraining the target with the user’s strength.

~Death Bone Pulse • Death's Scythe
C-Ranked Taijutsu
The user flexes their arm causing it to ossify and creating a single scythe-like blade sixty centimeters in length on the side of their arm.

~Death Bone Pulse • Bone Glove
C-Ranked Taijutsu
The user flexes their fingers causing their hand to ossify and create a layer of bone that wraps around their entire hand, taking the form of a glove.

~Death Bone Pulse • Dead Bone Whip
B-Ranked Taijutsu
The user rolls their shoulder, causing their spine to break, and regrow, forcing a portion of it out the base of their neck. They can then pull out the removed part, forcing it to regrow as they pull it out. They can continue to pull until they have a whip of the desired length.

~Death Bone Pulse • Scorpion's Sting
B-Ranked Taijutsu
The user roll their hips, causing the base of their spine to ossify and create a flexible tail made of bone that extends behind the user for a total of two meters and has a sharp blade on the end, the flexibility allowing for it to be used as any normal tail would.

~Death Bone Pulse • Juggernaut Bone Armor
B-Ranked Taijutsu
The user tenses their entire body, causing flexible plates of bone to form all around their body as they do so. This armor protects them from almost every angle, and overlaps like chainmail to prevent any holes from being found or utilized.

~Death Bone Pulse • Bone Healing
A-Ranked Taijutsu
By focusing on breaks in their own body or those of another the user causes the bones of those affected to ossify, completely fixing even the worst breaks in a short time, by concentrating for an entire post the user is even able to replace lost bones though this comes with the risk of being left incomplete if interrupted before then.

~Death Bone Pulse • Devil's Tails
A-Ranked Taijutsu
prerequisite: ~Death Bone Pulse • Scorpion's Sting
The user roll their hips, causing the base of their spine to ossify, and creating five flexible tails made of bone that extends behind the user for a total of three meters and each having a sharp blade on the end, the flexibility allowing for them to be used as any normal tail would. Unlike this technique's predecessor however, the user can freely detach these tails and launch them through the air.

~Death Bone Pulse • Ramification Rain
A-Ranked Taijutsu
The user flexes their hands and then points their hands up to the skies, with their now ossified finger tips sending forward 10 sharp bone pieces. Upon reaching their zenith at 10 meters high, they will erupt into smaller shards that will rain down to strike a 20 meter radius area around the user.

~Death Bone Pulse • Dead Bone Wrapping
S-Ranked Taijutsu
Flexing their fingers, the users hands will ossify, completely covered in bones they will make a throwing motion causing it to fly through the air. If it makes contact with a target the user can cause it to rapidly splay out, spreading over their body from the neck down and locking them in place. Because it is the users bones, not the targets, the ossification will not kill the target.

~Death Bone Pulse • Petrifying Touch
S-Ranked Taijutsu
Prerequisite: 45 Strength
The user places their hand on the target's body slowly and painfully turning into bone over the course of the next three posts, starting at their arms and legs lowering their movement speed by 8 and strength by 7 through the first post, and then spreading throughout the rest of their body over the second and third, resulting in death at the end of the third post unless contact is broken or the target's control is equal to or higher than the user's strength.
Top
REPLY
TOOLS
1 post • Page 1 of 1