Goals: Description:
ANBU: Black Ops (or Ansatsu Senjutsu Tokushu Butai) are infamous group of covert operatives, who work entirely in secret. Though due to their presence across the shinobi world they have gained more notoriety than what initially intended. They work directly under the Commander, who in turn works under The Hokage though they are often seen as an entity of their own even ready to overthrow the powers above if they feel Konoha is under threat, though this has never happened nor is it expected to.

Each member works under a pseudonym, keeping their identity seecret and perform missions that are usually never acknowledged openly, consisting of assassinations, espionage, interrogations and covert operations. They also double up as personal bodyguards of The Hokage and other officials.

There is also a training subdivision of ANBU, known only as ROOT. This division takes on young genin and chuunin who have either displayed skills above their peers or have a unique or ability that is deemed as useful and are groomed to be full members of ANBU.

The ANBU headquarters is in the depths of Konohagakure, said to span across the entire village with secret entrance ways throughout the village allowing for quick and convenient travel. Each entrance way is marked with a Fuuinjutsu that only members of ANBU and ROOT can open. It consists of training rooms, a central meeting hall, library, mess hall and the commander’s office where a variety of sensitive documents are kept. Each member of ANBU is giving their own personal quarters, for them to decorate as they see fit.

Tattoo
Once someone achieves the rank of ANBU, they have a fuuinjutsu tattooed on their upper arm on either the left or right side, usually red or black in colour and takes on the shape of the ANBU symbol. Activation of this fuuinjutsu results in a memory wipe. All memories of ANBU or even knowledge of it's existence will be erased from the user's head. Tactical training, important confidential information, and sentimental information is a small price to pay when considering the alternative.
Anbu TattooShow


Mask
Once a trainee completes their training and becomes a fully fledged member of ANBU, they are required to carve and paint their own animal mask, made directly from the woods surrounding Konoha. These are to be painted white and then any colours they so choose.
MasksShow

ANBU
Each member of ANBU, when on missions is required to wear dark black, trousers, sandals, vest and gloves. This is topped with a grey flak jacket and armguards. They are also given a long-hooded jacket, which is either cream or black coloured. This is to keep ambiguity of their true identity. Weapons tend to be covered in black and purple bandages to make them more uniformed, specially if this is a distinctive weapon that may give a clue to their true identity.
ANBU UniformShow

ROOT
Each member of ROOT, is given a short grey mid rift jacket with red straps, grey trousers, sandals and undershirt. This is finished with a white and red belt. They are not permitted to wear an ANBU mask as they have not completed their training.
ROOT UniformShow

Due to the secretive nature of ANBU, very little is known of their history. It is said that they were formed not long after the founding of Konohagakure and the other shinobi villages. It has been a staple of the village since, part of the foundations and an important cog of Konoha.

Captain
Only a select few members of ANBU can ever achieve the rank of Captain, working closely with The Commander, leading missions and even able to give missions to squads. If The Commander is away, they are able to presume command though their powers are limited.

Agents
This is the role given to ever member of ANBU once they complete their training. Once achieving this position they will be sent out on treacherous missions across the entire world and constantly risk their lives for the good of Konoha.

Cadet
This role is exclusively for ROOT members, they aren’t often sent out on extensive missions the same way ANBU are. However they can be called on by The Commander or The Hokage to perform specific tasks.

"All members of ANBU must be S Jounin rank and upwards."

This is really stupid, but I read this like 5 times before I realized you meant Special Jounin and not a jounin with S-rank stats. So you might want to ix that, or I might just be stupid. 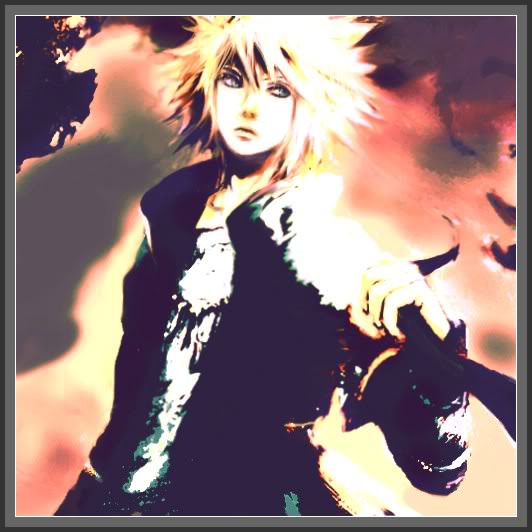 "This fuuinjutsu allows the user, if captured to channel chakra into will activate a memory wipe, destroying all of their memories of ANBU and even the existence of it."

This sentence reads a little funny to me. Maybe reword it to something along the lines of "Activation of this fuuinjutsu results in a memory wipe. All memories of ANBU or even knowledge of it's existence will be erased from the user's head. Tactical training, important confidential information, and sentimental information is a small price to pay when considering the alternative."

Just curious about why root members are not allowed to wear masks? If they have to wear a uniform but no masks they'll stand out like sore thumbs and their identity will soon become known as a future anbu agent.
Character: Shimada Izaki
Top

Because only fully fledged ANBU will receive a mask, ROOT is inky a training programme and wont be common knowledge.

The unfiform is only to be worn inside the facility during training or on secret missions outside of the village so no one would know they are future Anbu anyway.
CharactersShow
The White Eyed Demon of the Leaf
Aizawa, Yoru
S-Rank - Bannin
Konohagakure - ANBU Aono, Ikuto
A-Rank - Ronin
Land of Tea
Top