[One must follow their swordheart...] General Information Age: 15
Gender: Male
Height: 5'7"
Weight: 140 lbs
Physical Features: Clothing/Accessories: When in the village or training the man often wears a loose blue and white or blue and black robe with traditional wooden sandals, the robe tied at the waist with a white or black sash which holds his katana on the left hip. His Konoha headband is proudly displayed upon his forehead and is often used to hold back his long hair. 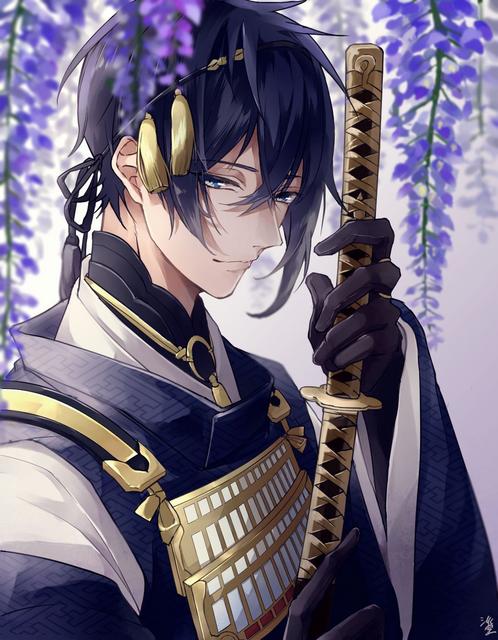