Going forward with the 5 Great Evils, we’ll be switching things up. Rather than their Stat being a direct correlation to the user’s Control, weapon wielders will gain a nth stat that DOES NOT AFFECT THEIR CHARACTER’S MAX STAT TOTAL. This nth stat, named after the Evil, will be used to determine the weapons’ stats. The nth stat can only be grown with the stats gained from PBs; however, the weapon stat will remain even if the user changes.

The only exception is if a weapon is re-lotto’d; the weapon will lose 50% of its stats upon being lotto’d off.

The 5 Great Evils still follow requiring 2/3rd of the weapons stats to wield but they do not use Strength to determine this. Instead of using their Strength to see if they comply with the 2/3rd Strength needed rule, the average of their highest 3 replaces the Strength stat when doing the check.

Current users may opt to keep the weapon as-is for the time being until they lose possession of the weapon or they may opt to gain an Evil stat equal to their current Control stat.

p.s We'll be rolling out a set effect for the Emperor's Armory at some point as well to incentivize collecting more pieces.
#MakeIwaGreatAgain
Top 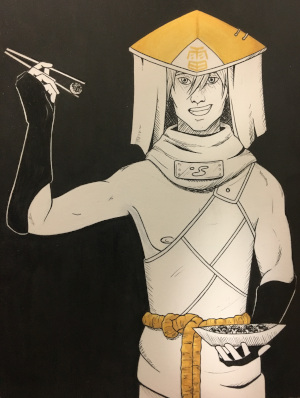 But also cool @the set
Top

Opt out
Active CharactersShow
Mitsurugi, Gene of Konohagakure no sato You don't have one of the 5 Great Evils so you aren't opting out of anything.
Saigen Census