~Sometimes you have to know the darkness before you can appreciate the light~. 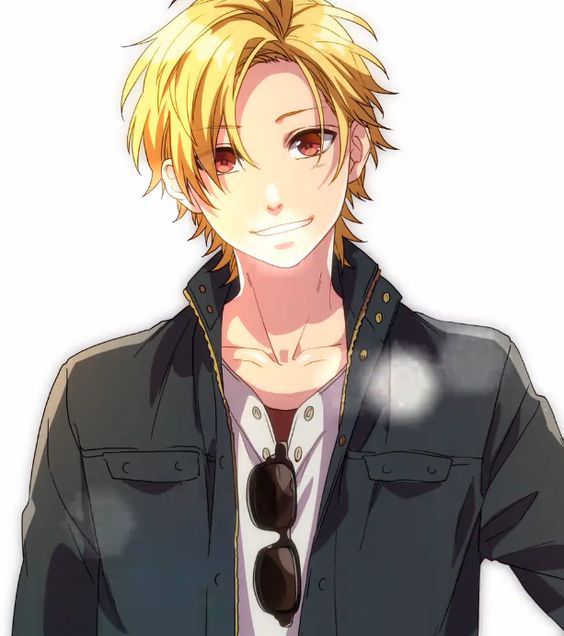 Personality:Akihiro is rather quiet and reserved. He stands strong to his convictions when pushed. Growing up without sight has made him thankful for the little things in life. He lives at his own pace and isn't in a hurry for anything generally. His favorite season is spring as all the animals return and the symphony of nature returns to life. Akihiro prefers to spend time reading and learning over physical activity. His greatest fear is being unable to support his family and village because of his poor vision. Now He enjoys long quiet walks through the woods and being surrounded by nature. He hates when others take things for granted. Battle Information Equipment: Akihiro's kunai holster holds 15 kunai total, 5 with a bell/ tied to them.
Companions: (0/1)
Affinity: Hiton Abilities and Concentrations Jutsu
HitonShow
~Light Release • Red Dwarf
D-rank Ninjutsu
Performing hand seals and then holding out their hand, the user produces a softball sized ball of light that is the same color as their personal light in the palm of their hand. This ball glows with an intensity equal to the user’s [Control]. It can also be thrown or used in melee combat. When it hits something it acts like a gas and spreads out over the impacted area, causing a blinding flash of light and heat with a strength equal to the user’s [Control] up to an area of [Control]x[Control]x[Control] meters. This jutsu lasts for 4 posts unless used earlier.

~Light Release • Imploding Star
D-rank Ninjutsu
After grabbing a weapon or small object and flowing Hiton chakra into it, the user causes the object to glow with their personal chakra color and essentially turns the weapon or object into a constantly glowing, explosive flash tag. This infusion lasts for 4 posts. The 'infusion' does not make the object more durable in any way. The user can also release the Hiton chakra stored inside once and cause it to let out a large burst of explosive light equal to that of the user’s [Control].

~Light Release • Sun Shield
D-rank Ninjutsu
Performing a small series of hand seals, the user creates a solid hiton shield around one or both hands. The shield of light is roughly ([Control]/5)x([Control]/5) meters in size. The shield forms at a speed and strength equal to the user’s [Control]. The shield lasts for 4 posts, or until destroyed.

Mirage Kunai Clone
D-Rank Ninjutsu
After throwing a kunai Akihiro will perform the necessary hand signs and 4 more kunai will appear with in 5 inches of the first and fly towards the target. These kunai are no more than illusions made of light with no impact or piercing power. If they hit the target they release a flash of light and heat following the hiton passive.

Mirage Multi Clone Creation
D-Rank Ninjutsu
The user perform the required hand signs then creates 4 clones made of light. The clones have no impact power or strength and dissipate after one hit. They can move with a speed = to the creator's. They last for three post before dissipating.

Fog Imitation
D-Rank Ninjutsu
The user perform the needed hand signs then manipulates light to create a cloud of fog. The fog is actually a cloud of light particals that have no weight. The jutsu last for a number of post = to half the user's chakra pool. The cloud is 5x5x5 meters large.

Mirage Senbon Clone
D-Rank Ninjutsu
After throwing a senbon Akihiro will perform the necessary hand signs and 4 more senbon will appear with in 5 inches of the first and fly towards the target at the same speed. These senbon are no more than illusions made of light with no impact or piercing power. If they hit the target they release a flash of light and heat following the hiton passive.

Mirage of Death
C-Rank Ninjutsu
After performing the required hand signs, the user creates a mirage clone of an enemy's comrade. This clone appears beaten and bloodied and looks to be on the verge of death with various weapons sticking out of them. This mirage has no physical substance, however it will release a flash of light and heat per hitons passive upon contact. This mirage cannot make any noise. If the target of the jutsu uses Kai, the mirage will appear to die. The jutsu will last 5 post before fading.
Blessed are those who are BlindShow
Trained Heightened Hearing
D-Rank Taijutsu Discipline
After Spending the first half of his life blind, Akihiro grew up dependent upon his other senses to make up for lack of sight. As a result Akihiro has enhanced hearing.

Vibration Sensation
D-Rank Taijutsu Maneuver
After Spending the first half of his life blind, Akihiro grew up dependent upon his other senses to make up for lack of sight. As a result Akihiro's sense of touch is more sensitive to vibrations when he focuses, allowing him to tell if someone is approaching and from what direction from the vibration of their foot falls. This technique has a limited range of 10 meters.


GenjutsuShow
*[Genjutsu • When Pigs Fly]
D-Ranked Illusion Genjutsu
A rather simple genjutsu that is put into place when the user says a statement ending in "When Pigs Fly". Seconds later, anyone who hears the user say that will see several pigs with full hawk wings fly past, just a few feet above the user and the victim’s head, serving as a somewhat confusing distraction.

*[Genjutsu • Boom!]
D-Ranked Illusion Genjutsu
The user will do a series of hand seals, then within the next post, snap their fingers. Anyone who hears the snapping will hear an explosion in the distance behind them. This works as an effective distraction, or a scare tactic, if properly utilized.

*[Genjutsu • Pins and Needles]
D-Ranked Illusion Genjutsu
After performing the hand seals and pricking the opponent with some sort of small weapon (usually senbon), the opponent feels their arms and legs fall asleep. It feels as if the blood flow to these appendages has basically stopped, making their movements a tad sluggish and just all around uncomfortable. This jutsu doesn’t really hinder a person, but it makes everything they do feel off. For those who are attuned to the way their body feels during battle, it can be extremely distracting. Lasts 3 posts.

*[Genjutsu • The Bells!]
D-Ranked Illusion Genjutsu
After performing the necessary hand seals, the user will ring a bell. Anyone that hears the bell ring will discover that every move they make creates a loud jingling sound as if there were bells attached to their body. The jutsu last for three post.

*[Genjutsu • Paranoid]
D-Ranked Illusion Genjutsu
The user will do a series of hand seals, then point indiscriminately. Should the target see the pointing motion, they'll be captured in this genjutsu. For the following 4 posts, the target will see a shadow in the corner of their eyes, constantly shifting out of view when they attempt to look at it.

HistoryShow
Life has been a giant struggle for Akihiro. He was born blind. The doctors had real explanation for it. The only hint they had was the strange pattern of his iris. After many test they decide that it was just that his eyes had never finished developing fully and so the optic nerve wasn't working.

Although heartbroken that their child would never be able to see their faces, his parents gave him every opportunity to grow and expand. His hearing was sharper than an average person's. Relying on his enhanced hearing Akihiro would grow struggling along in the darkness.

Like many young boys in the village of Konoha, Akihiro aspired to one day be a shinobi of the hidden leaf village. He asked his parents to transcribe jutsu into Tenji so he could learn them.
He'd also train with his father, his father guiding him when they ran together. Due to the careful guidance and nurturing from his parents, his physical abilities didn't fall to far behind his other skills.

When Akihiro was 7 years old he woke up one morning and he realized he could see. He excitedly ran to his parents to tell them. At first they were excited, but thing quickly became apparent that his vision wasn't normal. He couldn't see make out much besides blurs of color.

Worried something was wrong they took him to be seen by medical nin. After running test the nin came to the conclusion that Akirhiro was practically blind with incredibly poor vision and that the boy had awakened some form of ocular jutsu to see via sensory. The Shinobi theorized it was possible that he was born with said doujutsu or that it may have developed more recently he had no way to be sure.

Since then Akihiro has been playing catch up with his peers. When he finally became a genin he was a tad bit older than the norm but no less skilled than those in his class.
Top
REPLY
TOOLS
1 post • Page 1 of 1